Animated VR to Compete for the First Time 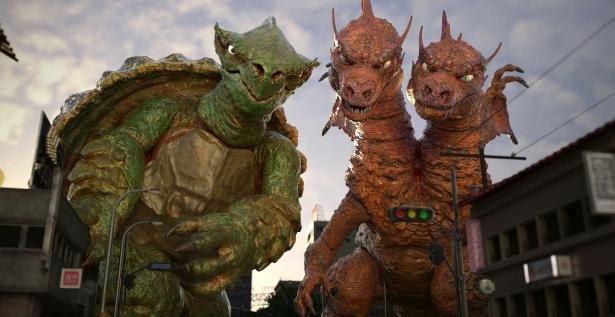 You already know competition features, short and student films, non-narrative animations, music videos, games and Czech Horizon entries. But this year, Anifilm comes with the first competition of virtual reality projects in the Czech Republic. There are altogether 14 projects that will compete for the prize for the Best VR Animated Project. The competition entries include interactive projects for complex devices that will take you for instance to a grotesque and Burtonesque zombie world (Gloomy Eyes), adaptations of stories from renowned authors (Wolves in the Walls – based on a book by Neil Gaiman and Dave McKeane), virtual ani-docs (Another Dream, Bodyless) and abstract simulations of futuristic worlds (Heart of Darkness). Apart from these projects, the competition entries include also animated 360° films which Anifilm will present in collaboration with studio Brainz Immersive. You will have a chance to explore how stop-motion animation works in VR (Passenger), see a Kaiju comedy (Kaiju Confidential) and blockbuster variations (Ghost in the Shell: Ghost Chaser). The festival visitors can try all the projects for themselves, as they will be in festival Game Zone in the Liberec Chateau. The list of all competition entries can be found here.