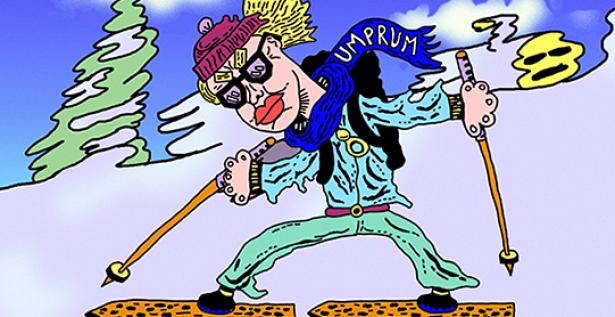 National competition Czech Horizon has established a tradition at ANIFILM and each year, there are more more films entering the competition. That means that a stricter selection process had to be implemented in order to create quality competition blocks that will present the best of contemporary Czech animation. This year, it will be the first time when three feature films will compete! From total number of 110 submitted films, the final competition includes 68. In the short films category, you can look forward to new films by Pavel Koutský, Alexandra Májová or Vojtěch Domlátil. The student film category includes films made by students of the Film and TV School of the Academy of Performing Arts in Prague, Ladislav Sutnar Faculty of Design and Art of the University of West Bohemia in Pilsen, Tomáš Baťa University in Zlín, Miroslav Ondříček Film Academy in Písek and the University of Ostrava. Competition section for television animation includes animation mainly for children who can look forward to new series produced by the Czech Television (by filmmakers such as Maria Procházková, Patr Friedl and Pavel Kubant), the pilot episode of Overboard! by Filip Pošivač and Barbora Valecká and a new episode of Hungry Bear Tales called Truffles! (dir. Kateřina Karhánková, Alexandra Májová). Also sections for commissioned work and music videos include interesting animations by filmmakers such as Martin Máj and Martin Živocký. It is worth noting that unlike the international competition, Czech Horizon is judged by the Council of Animated film composed of more than 100 Czech film professionals and critics. They will pick the winners before the festival and this year, they will also pick the overall best animated film from all the five national competition sections.