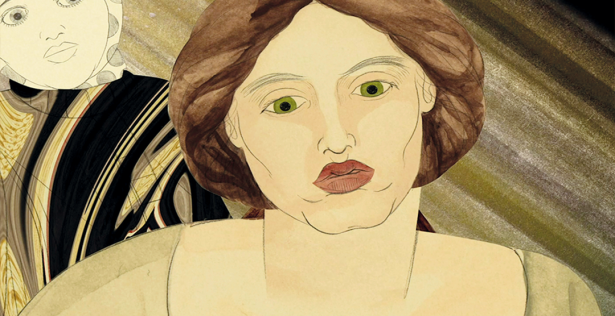 In this year’s Feature Film Competition with 10 films, there’s something in store for everyone. If you (just like us) prefer original art films which you can’t see anywhere else than at festivals, you can look forward to the intimate testimony of the iconic Polish director Mariusz Wilczyński Kill it and Leave This Town (Zabij to i wyjedź z tego miasta) or the post-modern requiem for Russian avant-garde by the legendary Russian director Andrey Khrzhanovsky The Nose or the Conspiracy of Mavericks (Нос, или Заговор нетаких). The second feature film by American animator Dash Shaw is in some respects similar to these films. A few years ago, his feature debut My Entire High School Sinking into the Sea competed at Anifilm and now he returns with his film Cryptozoo in which he presents a complex story revolving around a shelter for mythical cryptid animals. There are also films which are anchored in reality – the biographic film Josep about the Catalonian artist Josep Bartolí and the animated documentary My Favorite War in which the director Ilze Burkovska Jacobsen reminisces about her childhood spent in socialist Latvia. As the title of the film suggests, Calamity was inspired by a real figure of the Wild West. The captivating film by the director of Long Way North Rémi Chaye once again focuses on a young heroine, and this time it’s none other than Calamity Jane. Let’s move to the competition titles for families and children. They can join the adventure of Little Vampire (Petite vampire) by the renowned French animator Joann Sfar (many will remember his previous film Rabbi’s Cat, also based on a comic book) or see the Academy Award nominated film Wolfwalkers by the Irish studio Cartoon Saloon known for its film Song of the Sea. The competition also includes two Czech puppet films. A Colourful Dream (Barevný sen) by the acclaimed director Jan Balej starring humans and seagulls focuses on the issue of freedom and Even Mice Belong to Heaven (Myši patří do nebe) by Denisa Grimmová and Jan Bubeníček based on a popular book by Iva Procházková is one of the most ambitious Czech animated films. All competition films can be found here.