In the Korean zombie horror feature Seoul Station, this year’s Korean Focus meets with Anifilm’s traditional midnight animation. The film tells a dramatic story full of suspense and zombies. The story begins with a young prostitute Hye-sun and her boyfriend Ki-woong. They are trying to hide from her former pimp but one night, after a big argument, Ki-woong breaks up with her. All of a sudden Hye-sun’s father appears and wants Ki-woong to help him find her. In the meantime, an older homeless man with a bite on his neck roams the Seoul Station. With the exception of one unfortunate man, no one notices him and before his friend brings help, the injured man is gone. And so begins a night full of chaos, fear, desperation and very fast zombies dashing through the streets and spreading the disease. This animated thriller has one more important dimension – the social element of the story. The zombies represent the homeless, drug addicts and people from the margins of our society hunted by the authorities and the police.

Škarohlídovi – The Worst of Czechia

Škarohlídovi is an independent animated social satire making fun of both the “Prague Café” and the “Czech pub.” That means it teases the whole audience spectrum. Pissing people off mediates dialogue. If the series manages to provoke both sides of the barricade, it will finally give them a common enemy they can hate together. The subtitle “The Worst of Czechia” needs no explanation, the series is exploiting the most controversial topics of the contemporary Czech Republic.

This year's midnight selection of new short films focuses on their tendency to discuss sexuality, gender, pornography and all the related "organs." For instance the Polish authors included in this selection are very open in their films. Their contributions are spearheaded by a film called Pussy which has won a number of awards at international festivals thanks to its humorous view. Transsexuality, perfunctoriness and making sex a taboo are only some of the motifs the viewers can find in our selection of films made by authors coming from all parts of the world such as Japan, Europe and Brazil. We can also observe a strong tendency to educate the audiences, so our midnight animation will offer you a chance to learn something about the clitoris and hear a number of surprising things about porn in animated documentaries. 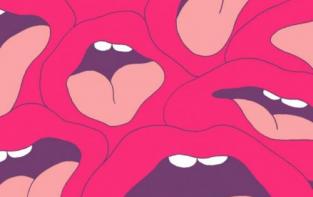