The Studio of Animation of the Academy of Arts, Architecture and Design in Prague (UMPRUM) is the oldest school of its kind in the Czech Republic. It was established 70 years ago. The more than 200 graduates of this studio have made over 1,000 films, including short films, music videos, jingles and animation exercises. This showcase presents some of these films and can be perceived as an invitation to the anniversary celebrations and a film exhibition starting on 2 September in the UM Gallery. In preparation for the anniversary, the students in this uneasy academic year have had to take on the task to make their own films in response to a personality, group or movement from the long list of the Studio’s graduates who intrigued them. While making their films, they adhered to the principles of animated documentary, whether it was during the development or the filming process itself. This showcase will present these selected films by students of animation made in collaboration with students of the Ladislav Sutnar Faculty of Design and Art of the University of West Bohemia in Pilsen and the Department of Screenwriting at FAMU and films made by their predecessors.

One Thousand and One Nights

There is Something Behind the Sound

During the production of Insects by surrealist director Jan Švankmajer, the film’s producer (Jaromír Kalista) along with Švankmajer asked the film’s editor (Jan Daňhel) and cinematographer (Adam Oľha) to try and uncover and capture the creative processes fermenting in their film company Athanor in the form of a documentary film. In Athanor – a medieval alchemical furnace – three principles compete with each other: Mercury, Sulphur and Salt. In this case the third one is the love of Švankmajer’s life, his wife and exceptional collaborator Eva Švankmajerová with whom he lived for 45 years. A being who is, despite her death in 2005, a constant and all-permeating hermetically inseparable agent. Without her critical intuition and spirit constantly challenging him to achieve permanent liberation, Švankmajer’s work wouldn’t be complete and would certainly be different.

A producer and a surrealist – can it be? Are they communicating vessels? Can obsessions, detestations, magical thinking, games, infantilism, imagination, the unconscious mind, something essentially liquid and procedural be sold? Can you put a price on the creative process and convert it into money? Where does it even come from, where is its source? What’s ‘love’s cruel terror,’ Kalista’s production method for extracting more ‘sweet’ juice from his collaborators? The authors were also concerned with Švankmajer’s fabled withdrawnness as he mostly rejected any form of self-presentation. But they were surprised that he actually let them into significantly deep layers and intimate lobes of his personality and life.

The film, which in no particular order uncovers Švankmajer’s thoughts and work, doesn’t aim to be a mere summarising documentary, but first and foremost a vivid, lively, imaginative and playful situational film. It shows that world-class cinema can be done ‘at home’ and that an authentic experience from a magical world can triumph… even over death. 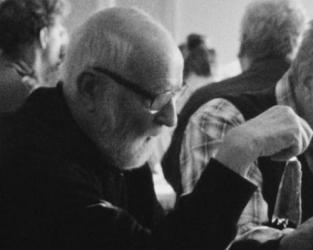 Bikes, Beasts and Washing Machines is a showcase of different animation techniques through which filmmakers from Croatia, the Czech Republic, Romania, Slovenia and Slovakia present us with a unique worldview. From stop-motion to 3D animation, the selection includes 10 short films that tell different and interesting stories, some of them with a humorous touch, others discussing hot topics that we are all confronting in our daily lives.

This programme is an invitation to sit back, relax and enjoy quality filmmaking, but also to reflect and discuss the films further, be it with cinephile friends or with professionals in the field.

The selection was curated by Mihai Mitrică as part of the CEE Animation Festivals Network’s joint activities. 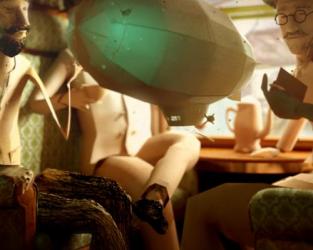 Martin tried to fight the system, and now he's on the run. Sara is a conceptual artist. Together they join a revolutionary commune in the countryside. The police are on their trail. Inspector Ambroz knows the right questions are more important than the answers. Because maybe none of this is true.

This captivating experimental and visually refined film with a retro style skilfully uses period graphics and symbols as well as archival or found footage ‘for its own purposes’. The film, requiring a daring audience, is one of the films that are no longer made today, and regular audiences have no chance of finding out that such films exist. A revelation in contemporary animation.

The Los Angeles Times described the film as ‘A surrealist noir film resembling the retro futurism of Alphaville’ and Variety as ‘vibrant and alive in a way that few films falling under the wide umbrella of animation even attempt to be’. 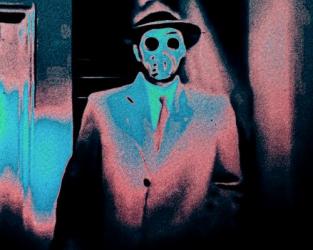