What’s There to Look Forward to This Year 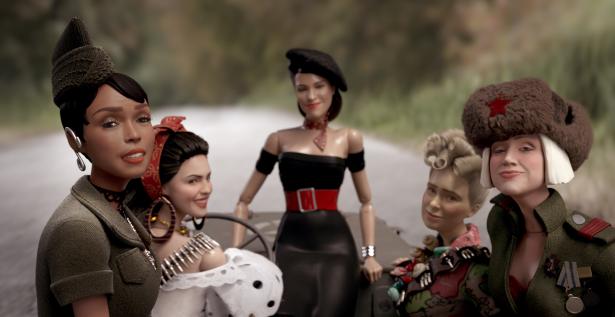 Anifilm, the international festival of animated films, starts tomorrow. What’s there to look forward to? Up till 12thMay, visitors can choose from a very rich menu: screenings, including at an open-air cinema, workshops, lectures and masterclasses, round-table discussions, concerts, moderated meetings with filmmakers, Animarket, Game & VR Zone, various exhibitions, and also plays for kids.

Besides the international competition, which is divided into five animated film categories and one computer game category, authors will also compete in a national competition for Czech filmmakers. The feature film, short film, and student film sections along with the abstract and non-narrative animation and music video sections will introduce brand new animated films and other animated works. The juries will include, among others, world-renowned Swiss director Georges Schwizgebel, Hungarian-born author of award-winning short films and music videos Tomek Ducki, Swedish author of anidocs Jonas Odell, and Romanian director Anca Damian. This year, the Lifetime Achievement Award will be presented to Zdenka Deitchováwho worked at the Bratři v triku studio for many decades.

The main theme of this year’s Anifilm is anidoc, a film format that combines the film languages of animated and documentary films. Several animated documentaries will have their Czech premiere and some even international premiere at the festival.

The Special Screenings section will include Czech premieres of Robert Zemeckis’ most recent film Welcome to Marwenand the cheeky film Seder-Masochismby Nina Paley, a prominent figure of independent North American animation. Another, non-competitive section of the film programme will introduce visitors to the technique of hyperlapse (non-phased animation), which is used quite widely, but it doesn’t get much attention at festivals yet. Anifilm will also screen a digitally restored version of Journey to the Beginning of Time,and as midnight draws near, viewers with a taste for the macabre and morbid will be offered a special selection of animated films that are definitely not suitable for children divided into three Midnight Animation screening blocks. Kids on the other hand will have their very own extensive screening programme, Animo, as well as their favourite animation workshops to enjoy during the entire festival. And a major exhibition entitled Czech Animation After ’89will take its visitors through the last thirty years of Czech animation.