Visual Identity Done! Plachý is back! 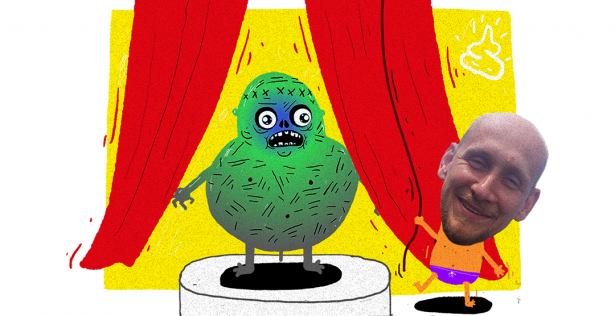 As many of you must have noticed, the upcoming Anifilm International Festival of Animated Films has a new visual identity. And many of you have surely recognised its author, the world-famous and renowned artist Jaromír Plachý. During his career, the graduate of the Academy of Arts, Architecture and Design in Prague received many awards for his animated shorts and music videos. In the last ten years, he’s been focusing on book illustration and primarily game design. As a game designer working for Amanita Design, Jaromír is arguably even more successful than as a classical animator. Botanicula, Chuchel and the studio’s latest release Happy Game are so successful and popular games that nothing else needs to be said. But the author himself has something to say about the festival’s visual identity:

Jaromír was one of the people present at the birth of Anifilm in Třeboň and after 12 years, he returns to the festival which has in the meantime relocated to Liberec. One of the reasons behind his return is the mentioned theme of this year’s festival which… we’ll reveal in due time.