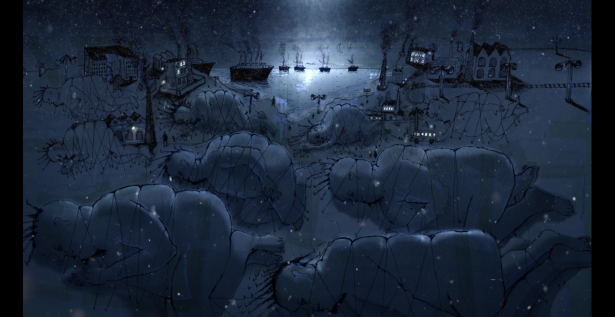 We recommend the thrilling feature film Calamity, a Childhood of Martha Jane Cannary to all viewers aged 10 and up – both kids and grownups. The film won the Cristal for Best Feature Film at Annecy. In this artistically captivating film, famous French director Rémi Chayé portrays the childhood of the legendary Calamity Jane and the events that shaped her (back then) considerably nonconformist personality.

Kill It and Leave This Town -16.30, Varšava Cinema

This Polish artistic opus, which is competing for the Animorph Award for the Best Feature Film alongside Calamity, is a whole different kind of experience. In Kill It and Leave This Town, renowned Polish director Mariusz Wilczyński presents a disturbing horror-like but also magical journey into the depths of the human subconscious. This deeply personal film gives the viewers no time to breathe but in return offers a unique and unrepeatable personal experience.

Planet Earth, the world around us, the environment that we live and whose fate we hold in our hands… This is, in short, the theme of this year’s non-competition programme that we have entitled Planet A. The programme includes screenings of both short and feature films. We start today with a screening block of the same name, which will introduce, besides other films, Cow (1989) by Alexandr Petrov and the phenomenal The Man Who Planted Trees (1987) by Fréderic Back.