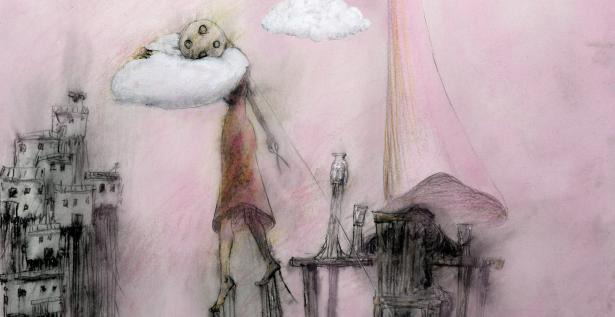 When Anifilm moved north, we created a new programme section titled Born in Liberec. This year, we want to point out a little known (but still quite significant) connection between Vlasta Burian, aka the King of Comedians, and the world of Czech animation. We will be screening two films in this section – Two Little Frosts by Jiří Trnka (the only film Burian ever dubbed during his career) and the popular special effects fairy-tale film Once upon a Time, There Was a King.

This poetic meditation is the first feature-length film by the phenomenal Koji Yamamura, a master of Japanese animation. The melancholic, visually mesmerising film features fascinating animation and is based on Yamamura’s drawings and texts created in response to the catastrophic earthquake that decimated Japan in 2011.

Ilja Novák, the Rebel from Ostrava

As part of its non-competition programme this year, Anifilm is screening films by Ilja Novák, an eccentric director from Ostrava. He was afraid that viewers would not be able to get through an entire screening block composed only of his films, but the festival’s programme managers were of a different opinion. This afternoon, you’ll have the last chance to check out animated films directed by this rebel from Ostrava!