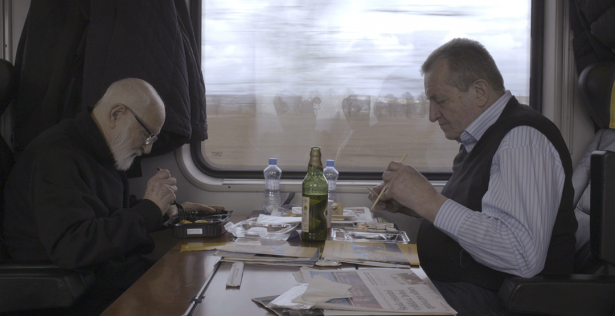 A selection of the best episodes of seasons I and II of this successful series filled with mysteries and wicked humourcreated by animator and screenwriter Julia Pott, who also worked on the last two seasons of the legendary Adventure Timeseries. Join the two main protagonists of Summer Camp Island – Oscar and Hedgehog – as they experience the most adventurous summer of their lives.

The Boy and the World

At the time of its first screening The Boy and the World was an utter revelation. The Brazilian film by an unknown author immediately scored a number of awards, won at Annecy, and was nominated for an Oscar. And all of it was well deserved as this tender and poetic film is vividly colourful and combines several graphic styles – collage, watercolour, and crayon drawing. The director was inspired by the aesthetics of child drawings.

This unique, atypical, and nearly two-hour documentary will take its viewers on a tour of the creative processes applied by world-renowned filmmaker Jan Švankmajer. The film masterfully uncovers and captures the creative processes that ferment in the Athanor film company like in a medieval alchemical furnace. This lively, imaginative, and playful situational film was shot during the production of Švankmajer’s feature film Insects.