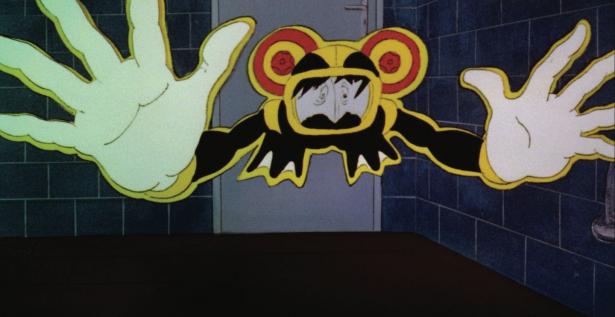 This cult mid-length (ninety-minute long) film for children by Václav Bedřich is an adaptation of the French best-selling book The Great Cheese Conspiracy. One day, a trio of mice that live in an old cinema, where they watch heist films every day, decide to become gutsy gangsters themselves and start planning the biggest cheese heist of all time.

Anifilm’s regular visitors will know that every year, we screen one restored film as part of the Classics Rebooted section. In recent years, we have been dusting off primarily films from the other Visegrad countries. This year, the choice fell on a wild Hungarian collage-like musical about a groom who gets cold feet.

Bill Plympton, the leading figure of independent American animation, has an impressively extensive and varied filmography. Bill is one of Anifilm’s jurors this year, and he has also prepared a selection of his feature films for our visitors. Today, we will be screening his artistically distinctive and “Plymptonesquely” provocative film Cheatin' (2013), which won the Jury Prize at Annecy.