The winners of CEE Animation Forum and Animation Espresso 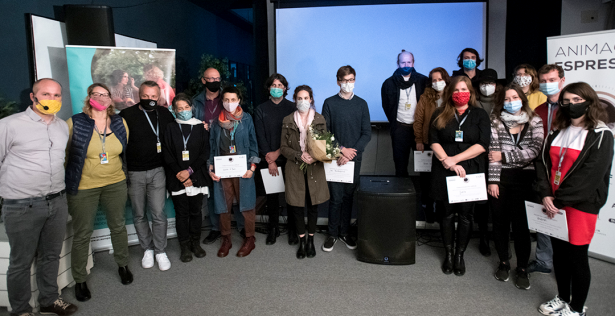 Also two industry events organised as a part of this year’s Anifilm know their winners. CEE Animation Forum, the most important professional platform of the animation industry in CEE, was held online this year due to the pandemic. Anifilm visitors had a chance to watch the pitching session online as it screened in the Mirror Hall of Chateau Liberec. The main award in the feature film category was awarded to Georgian project IGI. Best TV series / special is the Czech project Dozvonil zvonec and the award in the short films category goes to the Hungarian project Garden of the Heart. The winner of a new category for projects with augmented reality is the Lithuanian project Paperback VR. And the Audience Award of the CEE Animation Forum stayed in the Czech Republic as the winner is the project Plešouni.
Twenty-two Czech projects in various stages of development were introduced in Liberec live at the Animation Espresso pitching session organised by the Association of Animated Film in cooperation with Anifilm. The main award went to short film Odpusť directed by Alžběta Mačáková Mišejková (produced by Jiří Pecinovský, FAMU) and special mention to short film Electra. A Poem by Daria Kashcheeva (produced by Martin Vandas, Zuzana Křivková, MAUR film, FAMU).