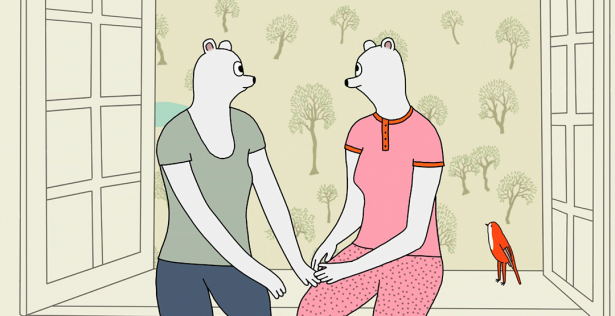 Our colourful selection of queer films presented in a special section proves how liberating the medium of animation is. British juror Kate Jessop will introduce a programme of contemporary short films starring heroes across the whole LGBTQ+ spectrum. Another block will include her own work which she will discuss in her masterclass. In a programme curated by dramaturge Jana Čížkovská, you will dig deeper into the history of the 20th century and see much more than just film icons Norman McLaren and Barbara Hammer. Also, make sure you don’t miss Čížkovská’s lecture on queer animation at film festivals. Jiří Flígl will give a lecture on queer characters in contemporary television. Anifilm 2021 can’t forget one the most prominent trans personalities of feature animation: we will screen a new English-dubbed version of Tokyo Godfathers by Japanese director Satoshi Kon. The latest translation was made after careful consultations regarding the character of Hana, a transgender homeless woman with her heart in her hand. She is voiced by American transgender actress and activist Shakina Nayfack (Difficult People, Jessica Jones) and her patron from a nightclub is voiced by playwright and gender theorist Kate Bornstein.