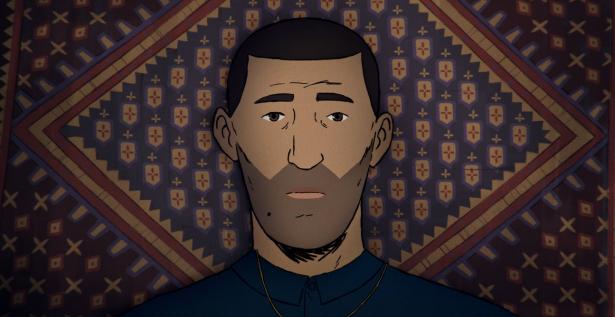 Today, you can come see this sweet family film with an original story, which was co-produced by three Scandinavian countries, in Czech. An 8-year-old girl named Jonna lives in an orphanage and dreams of being adopted one day. What will her new mommy be like? Much to the girl’s surprise (and, initially, horror), she is adopted by a gorilla.

As you may know, the theme of the festival this year is Animation & Humour in all its shapes and forms. Today, we’ll focus on morbid slapstick comedy with a selection of films from Disney’s classic The Skeleton Dance to Phil Mulloy’s darkly humours The Banker to Happy End that exemplifies the distinctive naive morbidity typical for Jaromír Plachý, the author of this year’s visual identity of this year’s Anifilm.

This powerful award-winning animated documentary tells the story of an Afghan refugee in a captivating, very personal and unvarnished way. Flee is not only a ruthless insight into the world of refugees, it’s also an unforgettable story of getting to know one’s true self. The film is competing in our International Competition of Feature Films.