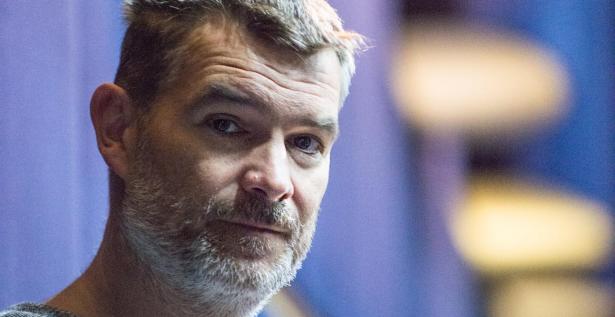 Aurel Klimt: I Wanted to Ensure Fimfárum Would Be Preserved in Top Quality

Today, our visitors will have the opportunity to see a restored and digitized version of Jan Werich’s Fimfárum. Anifilm is screening the film as part of its Classics Rebooted section. We asked Aurel Klimt, the film’s co-director, to tell us about the demanding process of its digitization.

The film was digitized because Czech Television, one of its original co-producers, was interested in screening it again and, therefore, had to renew its screening license by purchasing licenses from the other co-producers.

What were you aiming for with the digitization of Fimfárum?

Since I see myself primarily as an author and only secondarily as a producer, my main concern is always how my films will be presented, so I cared more about what quality the film would be screened in than about immediately profiting from the license. And I also saw it as a possible way of getting it back into theatres.

So I didn’t want Czech Television to digitize the film in a quality that would be just sufficient for their current screening needs, I wanted to ensure it would be preserved in top quality so that future generations of viewers could fully enjoy it. I offered CT the broadcasting license in exchange for a complete restoration of the film copy and its conversion to a 4K digital version.

What did you begin with?

Why didn’t you transfer the original negatives of the individual stories?

Like the video master of the feature film itself, the title stories Fimfárum and Franta the Fearless have been archived at CT since they were filmed and they were, therefore readily available to us. So we also scanned the original negatives of these two parts and edited their digital copies into the whole.

Who was in charge of colour adjustments?

I supervised all the colour adjustments during the entire process myself, and in the most important stages, I was joined by cinematographer Zdeněk Pospíšil. Due to the coronavirus quarantine and their age, we didn’t even ask Vlasta Pospíšilová and Vladimír Malík to help us with the adjustments, but we did consult some things with Vladimír Malík, who also worked on Fimfárum as a cinematographer, at a distance.

What part of the entire process was the hardest?

The most time- and energy-consuming part involved, as is usually the case, cleaning the films and repairing various kinds of damage. Since we digitized the film primarily with contemporary and future viewers in mind and not film historians, who would prefer if the film was preserved under all circumstances with all its technical flaws produced in its making, we allowed ourselves to remove disruptive technical flaws.

We removed an absolute majority of puppet strings, hairs in apertures, lighting differences between shots, unintentional reflections, items left on the scene by mistake, etc. Back when the film was made, it was believed that no one would notice if a pair of pliers forgotten on the scene by an animator appeared in two film frames. However, today’s viewers are able to spot such a mistake even if it’s only in a single frame. So yes, we did a little bit of (some people might say sacrilegious) remastering, but we definitely won’t be asking to change the copyright, and we want no additional author royalties.

What did you do with the sound?

The master of the final sound mix was extracted at the Virtuál studio, where it was originally produced and stored the entire time, and used in its original quality for the new digitized version of the film. When we were making the original feature-length Fimfárum, we had to combine the sound mixes of the older parts (Greedy Barka and When the Leaves Fall from the Oak), which had been recorded in mono, with the newer ones, which were mixed in Dolby Digital, so back then we re-encoded the older parts using the Dolby matrix to make them sound as similar as possible to the newer ones (even though their original sound mixes were recorded in mono) so that the whole film could be screened in theatres in Dolby Digital.

Therefore, the 5.1. audio of the new, restored digital version of JWF is divided into separate parts, some of which have been converted from the original “non-Dolby” mixes.

What do you think about the digitized version of Fimfárum?

I’d say that we couldn’t have made it look and sound any better with our currently available technology and capabilities and given the original we worked with. I hope you will enjoy our film as it returns to the big screen after eighteen years.