Even Mice Belong to an Exhibition 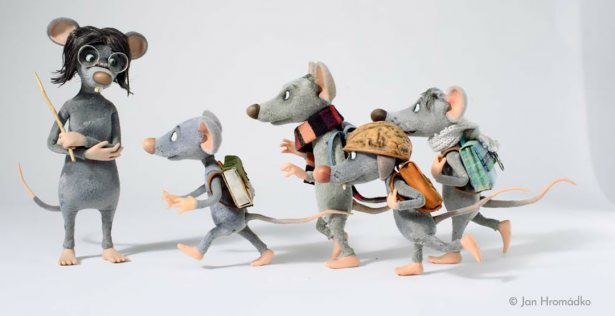 The puppet feature film Even Mice Belong to Heaven (Myši patří do nebe) follows the acclaimed tradition of Czech puppet animation and its makers are former students of Břetislav Pojar – experienced directors and designers Denisa Grimmová and Jan Bubeníček. After several years, they managed to bring their vision to life and their epic film will have its Czech premiere at this year’s Anifilm in Liberec. The film with a distinct artistic style boasts excellent animation and unique puppets and settings. They are often formed by real natural elements like parts of trees or moss. Many details will remain hidden to the viewers at the first glance. Spacious decorations appear in it for just a few minutes or seconds and then it seems their existence ceases to have purpose. But many decorations and complete scenes including puppets from the film were luckily preserved and the film’s premiere will be accompanied by an extensive exhibition. It will be opened on 22nd June and will last until the end of 2021. You will find it in the garden wing of the Liberec Chateau which was closed to the public for a long time.