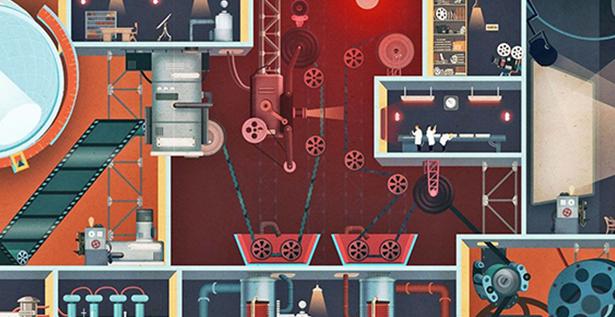 The selection of competition games for the International Competition of Independent Computer Games was made by three experts in the field – game developer Michal Berlinger and journalists Pavel Dobrovský and Jaromír Möwald. In the tough selection process, they chose 13 titles to compete for two awards – Best Visual Art and Best Game for Children.

The selected titles include several games by Czech developers. Apart from the popular Beat Saber that we saw in Třeboň last year (outside of the competition), there are two games produced by the Czech Television. These representatives indicate, that the word “computer” does not define the exclusive platform for the included games. That means that the competition includes games for mobile devices, classical PCs, consoles and also VR titles. Apart from the above mentioned titles, Anifilm visitors can look forward to Return of the Obra Dinn, Homo Machina and FAR: Lone Sails. All competition games will be available to try in the festival game zone through out the whole duration of the festival and you can find a complete list HERE. The Anifilm International Competition of Independent Computer Games is organised in collaboration with Jakub Dvorský from Amanita Design.