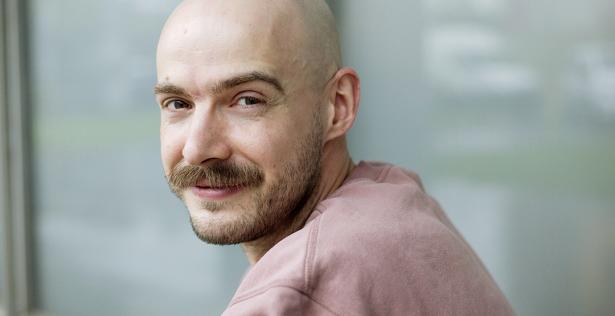 Who’s Behind the ANIFILM 2023 Visual Identity?

The author of the visual identity of the upcoming edition of our festival is graphic artist, director, animator and illustrator Filip Pošivač. Fans of Czech animation are certainly familiar with his puppet films (co-directed by Barbora Valecká) Deep in Moss (Až po uši v mechu, 2015) and Overboard! (Přes palubu, 2019) and series Live from Moss (Živě z mechu, 2016). Children surely know the Czech Lion-nominated film The Hungry Bear Tales (Mlsné medvědí příběhy, 2020) on which he worked as graphic artist. And young readers enjoy his playful watercolour illustrations for instance in books Od žežulky k Mikuláši (2016) and Paví očko, dobrý den (2022). For the visual identity of ANIFILM 2023, Filip used his trademark style and created a mossy micro-world about which he says: “I drew inspiration from the nature of the Jizera Mountains – the grassy ridges, mosslands, brooks with their jewels, woods and meadows with the ubiquitous glass shards and pebbles. While strolling through the beautiful landscape of the Jizera Mountains, people can still find these colourful pebbles. Even though they are glass shards, they belong there. They resist the elements and have become a part of the place’s genius loci. That’s why I chose them as the main theme of the visual identity. Despite outside influences, we can find these pebbles on mountain paths and in woods and meadows and we will keep finding them for a long time. This year, these pebbles, highly stylised and in a half-dreamy atmosphere, become a part of a magical festival and can together celebrate animation which for me means infinite and unrestricted imagination. ANIFILM is a unique film festival which, just like the pebbles from the Jizera Mountains, belongs to the esprit of our culture.”