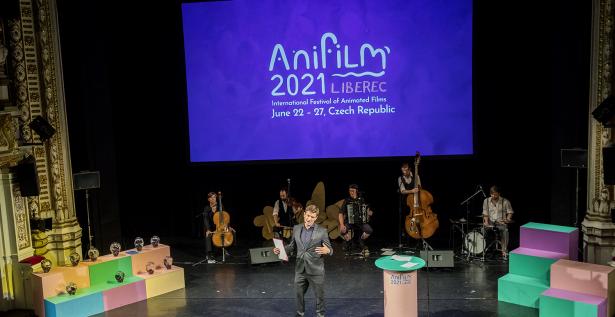 The award for the Best Feature Film for Grown-Ups goes to the Polish film Kill it and Leave This Town by Mariusz Wilczyński who worked on this feature film for eleven years. As the Best Feature Film for Children, our jury selected Wolfwalkers (directed by Ross Stewart and Tomm Moore) by the renowned Irish studio Cartoon Saloon. In this category, the jury also decided to award a special mention to Even Mice Belong in Heaven by Czech directors Denisa Grimmová and Jan Bubeníček.

In the competition of Short Films, the jury awarded the Indonesian film by Fatimah Tobing Rony Annah la Javanaise and the Best Student Film is Julia Orlik's I Am Here. In the competition of Non-Narrative and Abstract Animation, the award goes to Georgian director Mariam Kapanadze for her film Abandoned Village and the award for Best Music Video goes to the French-Dutch music video Jo Goes Hunting: Careful by Alice Saey. The Best VR Film is Jonathan Hagard's Replacements.

The Best Computer Game for Children is the Taiwanese project Carto by Lee-Kuo Chen and the award for Best Visual Art goes to Czech game Creaks by Radim Jurda.

The winner of one of the festival awards was picked by the most demanding jury of all – the audience. And the winner of the Audience Award – the Liberec Region Award is Even Mice Belong in Heaven by Denisa Grimmová and Jan Bubeníček.

Detailed list of awarded films, including all jury special mentions and statements, you can find HERE.