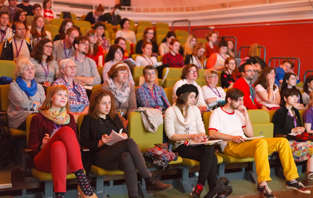 Anifilm’s mission is to present current trends, methods, technologies and animation techniques in its programme.
It also supports works in progress and brand new animation projects and their authors, producers and distributors. Film professionals from all over the world can use Anifilm as a platform for positive confrontation and meeting place for forging new contacts. Anifilm is aimed at authors and film professionals as well as students, educators, film theorists and all fans of animated production, including children. Anifilm also wants to represent the Czech Republic, South Bohemian Region and the town of Třeboň in international context on a long-term basis.

THE FESTIVAL IS ORGANIZED BY:

The main aim of the Association is development and preservation of the cultural heritage of Czech animated film. It wants to popularize animated film in cultural, economic as well as social sphere.